It’s fair to say - although shaming - that I came to Scotland, studied at Edinburgh, went to the Scotsman newspaper as a graduate trainee and worked there through much of the 1980s without encountering anything but middle-class affluence. Not until I moved to a job in Glasgow at the end of the decade did I properly grasp there was another, much vaster Scotland altogether, a tough, poor, vivid, blackly humorous place where the majority of people lived.

I needed a crash course in reality. Joan Eardley’s pastels of Glasgow tenements and the faces of the children who lived there were a vital part of my education. Here was life as hundreds of thousands of Scots experienced it, expressed in the eternal sweetness and insouciance of childhood - squint eyes, grubby clothes, expressions both guarded and hopeful; depicted in skinny, scuffed knees from the tenement steps and streets which were their playground. Here six-year-old big sisters looked after the newest baby, and groups of little boys read comics on the pavement. The smudged faces in Children and Chalked Wall 3 in the Scottish Gallery of Modern Art, painted 1962-63, were redolent of love and warmth and families looking out for each other; two little girls much the same age as me. What happened to them, I wondered? What were their stories; was life kind to them? The painting made me care.

In 2016, after many years working on the grittier side of Scotland and seeing scenes like this for myself, I went to the major Eardley exhibition 'A Sense of Place' at the Modern. There, I was blown away, intensely moved by the wide range of sketches, pastels and cameos Eardley had produced of children near her studio in Glasgow’s East End. Those little faces! The power and deceptive simplicity of the art was extraordinary. Features reduced to the briefest of deeply tender pastel strokes; understanding and compassion without a scrap of sentiment.

Eardley’s work from that all too brief period in her life often featured some of the 12 children from the Samson family, who grew up in abject poverty. In 2014 two of the sisters spoke to the Daily Record of battles with homelessness and alcoholism, but they had fond memories of Eardley. “We loved going to the studio and Joan would make us treacle and cheese sandwiches. Each time she painted us, we got 3d and we’d go straight to the sweetie shop. Any paintings she wasn’t pleased with, and there were lots, she’d give to us and we’d make paper planes with them or they’d be used to light the fire.”

Those words are somehow the best epitaph possible for a great and kindly artist so far ahead of her age, whose career was ended too soon. Imagine what she might have done in middle age and later. 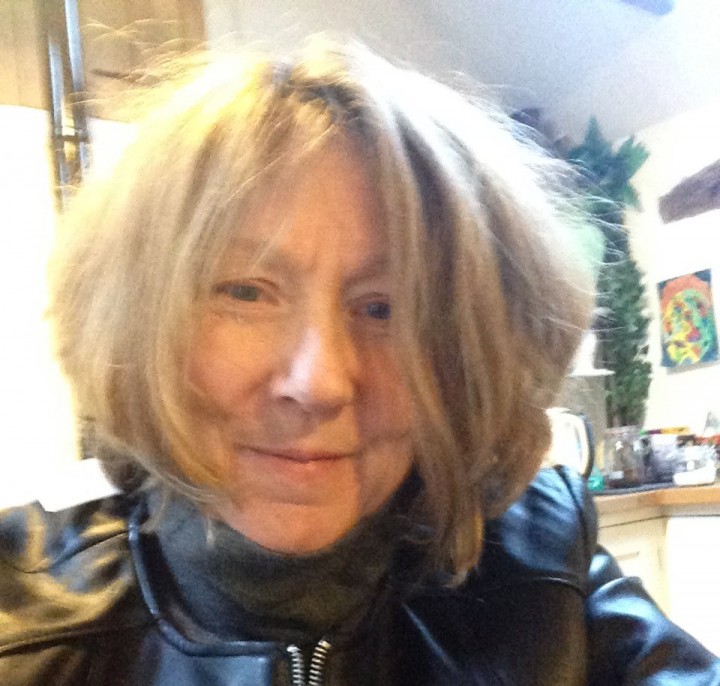 Melanie Reid MBE (b. 1957) is an award-winning British journalist. A former columnist of The Herald and associate editor of The Sunday Mail, she now writes for the Times. Having broken her neck and back in a riding accident in 2010, she writes her hugely popular Spinal Column for the Times Magazine. In June 2014, Reid received an honorary degree from the University of Stirling and was appointed Member of the Order of the British Empire in 2016. Her memoir The World I Fell Out Of was published in 2019 and won the Saltire Non Fiction Book of the Year Award. Reid also sits on the board of the Fruitmarket Gallery, Edinburgh. She lives in Stirlingshire, Scotland.

Joan Eardley in Catterline, 1961. Photograph by Audrey Walker. Courtesy of the Scottish Gallery.

Joan Eardley (1921-1963) was born in Sussex and studied art briefly at Goldsmiths College before moving to Glasgow at the beginning of WWII. She trained at Glasgow School of Art before taking a wartime job as a joiner's labourer, returning to the post-diploma course in 1948. Van Gogh, Vuillard and Bonnard influenced Eardley's early draughtsmanship and choice of domestic interiors, while the influence of Henry Moore and early Italian renaissance masters brought a sculptural weight and humanity to her figure compositions. Inspite of these influences, Eardley's style remained individual and conformed to no particular schools. Her unique vision has earned her the reputation as one of Scotland’s greatest twentieth century painters.

Eardley began working in her Glasgow studio in Townhead in 1949, above a scrap-metal shop. The once handsome district of Townhead was by then an overcrowded, poverty stricken area in the city, which succumbed to the brutal redevelopment programme of the city planners. Eardley took a different viewpoint, documenting the tenement slums and the locals with warmth and humanity. In contrast to this setting, in 1950 Eardley discovered the small fishing village of Catterline, near Stonehaven, Kincardineshire, also a tight-knit and resilient community. From then on she divided her time between her studios in Glasgow and Catterline, the localities of both becoming her main subjects. Eardley was elected ARSA in 1955 and RSA in the spring of 1963.

Artworks by Eardley that are held in the Fleming Collection can be viewed here. From May 2021 to May 2022, a series of exhibitions and events will mark the centenary of Eardley's birth. Visit JoanEardley.com to find out more about these events, including Joan Eardley Centenary, the Scottish Gallery, 30th July - 28th August, part of Edinburgh Art Festival 2021.