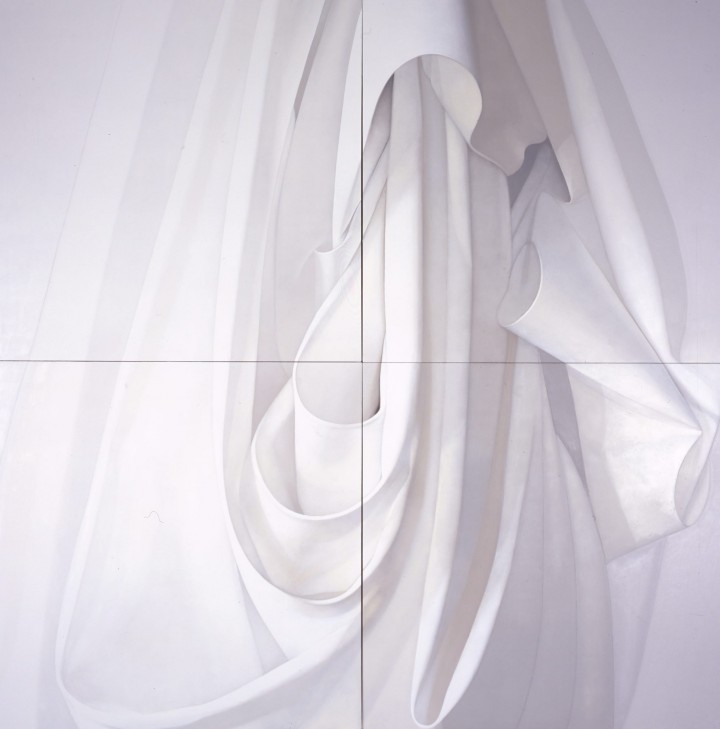 For the sixth in our series, the Scottish novelist and creator of a favourite Edinburgh-based detective, Ian Rankin, has selected a contemporary artwork permanently installed in the Edinburgh Old Town church of Old St Paul's.

"Still is an extraordinary painting by Alison Watt. Much of its power comes from its scale (being a combination of four large canvases) and its positioning within a side chapel in Old St Paul's Church in Edinburgh. The painting is aptly titled, as there is a wonderful stillness and quietness to it. As you sit in the chapel, you become reflective almost immediately - though it probably helps that you have just stepped out of the noisome city centre and entered a calmer sphere.

The folds of white cloth are so lifelike you soon start to feel them brushing your skin. And yet there is something sombre and ultimately humane and moving about the painting too - is it a shroud of some kind? Does it contain intimations of mortality? While not necessarily a spiritual person, I do find it a deeply spiritual piece. You may have a different reaction and an entirely different reading. It's a painting that remains open to almost limitless interpretation." 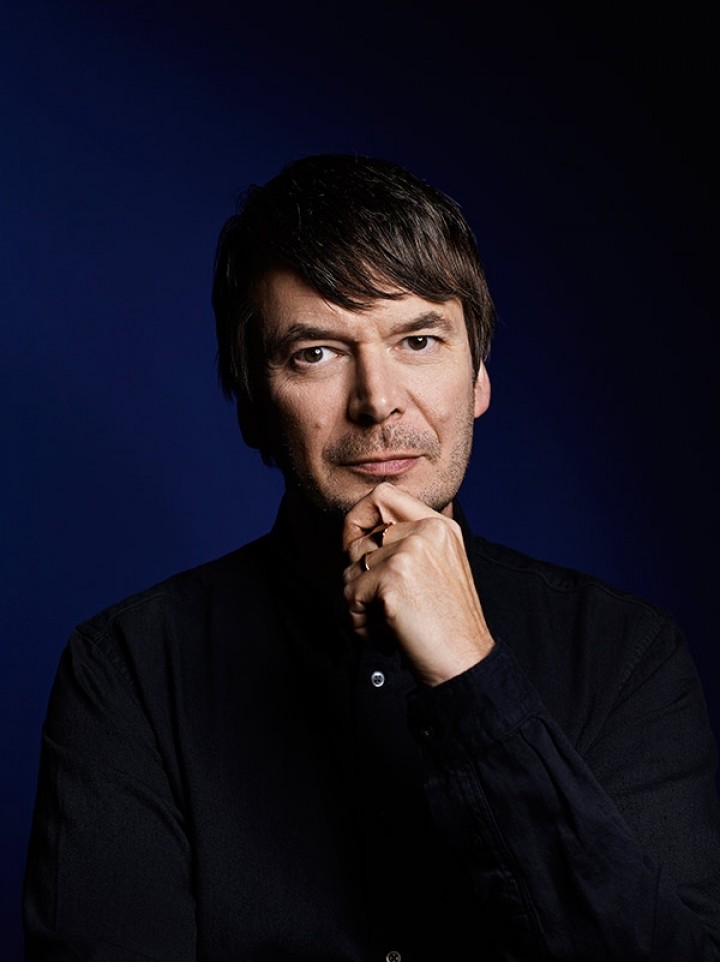 Ian Rankin was born in the Kingdom of Fife in 1950 and brought up in Cowdenbeath. He established his career as a world famous novelist while ostensibly studying for a PhD at Edinburgh University. His most famous creation, the old-fashioned cop in a modern world, Inspector Rebus, first appeared in 1987 in Knots and Crosses. Since then the Rebus novels have been translated into 22 languages and are best sellers in several continents.

Rankin’s beloved Edinburgh is the backdrop to Rebus’s investigations where the dark streets are ‘a crime scene waiting to happen’, not least in the ancient closes where Old St Pauls Church and Alison Watt’s Still are to be found. One of his standalone novels, Doors Open, concerns a daring theft from the Scottish National Gallery’s storage depot in Granton. Rankin is also a vocalist in the band Best Picture, and has toured with musician Tim Burgess, who set one of his short stories to music. 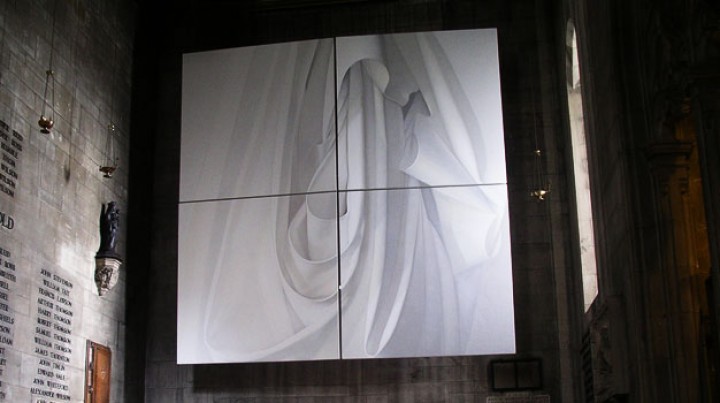 Alison Watt OBE FRSE RSA, born in 1965 in Greenock, Renfrewshire, is the daughter of the artist James Watt. She studied in the painting department of Glasgow School of Art from 1983 to 1988. As a fourth-year student she came to public prominence by winning the John Player Portrait Award, which led to a commission from the National Portrait Gallery to paint a portrait of the Queen Mother. Watt was part of an internationally successful generation of artists from the Glasgow School of Art, graduating alongside Christine Borland, Douglas Gordon and Roddy Buchanan.

In 2000, Watt became the youngest artist to have a solo exhibition at the Scottish National Gallery of Modern Art, Shift, which saw a move away from the figurative to depicting twelve monumental works depicting swathes of fabric. She was shortlisted for The Jerwood Painting Prize in 2003. Watt then went on to be an associate artist at the National Gallery in London from 2006-8, which culminated in her exhibition, Phantom. The same year she was awarded an OBE. Watt's paintings are held in many public collections, including the Fleming Collection, the National Portrait Gallery, Aberdeen Art Gallery, the Scottish National Galleries, the Scottish Parliament Art Collection, the Freud Museum, the Arts Council Collection, the US Embassy, London, and Hall Art Collection, Dallas the Uffizi Gallery. In 2017 Watt was made a Fellow of The Royal Society of Edinburgh. She is represented by Parafin, London.

In 2005 Still won the Art + Christianity (ACE) award for a commissioned artwork in an ecclesiastical space, being the Warrior Chapel of Old St Paul's, a memorial to the many young men of the parish who died in World War One.

Other artworks in the series 'My Favourite Scottish Work of Art' have been selected by Joanna Lumley, Neil MacGregor, Kirsty Wark, Michael Portillo and James Naughtie.