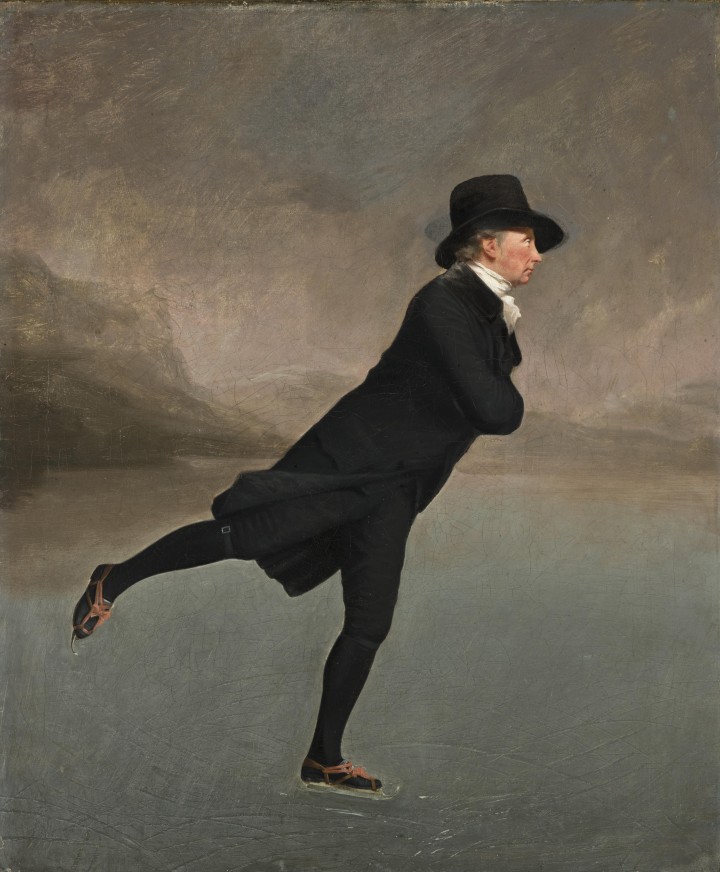 John Byrne discusses why his favourite Scottish painting is the much loved The Skating Minister, otherwise known as Reverend Robert Walker (1755-1808) Skating on Duddingston Loch by Sir Henry Raeburn.

"As a ‘cradle Catholic’ in Paisley where, as a precocious young boy, my mother took me to the library in the High Street and next door, to the art gallery, I ‘drank in and digested the treasures therein’, but it wasn’t until I was a grown-up that I came upon Raeburn’s painting of a Church of Scotland minister skating on Duddingston Loch, poised and serene, and a shining exemplar of his calling.

The Reverend swaggers as he skates and Raeburn swaggers too with his elegant brushwork and control of that most slippery medium – light. I hope some of his skill has rubbed off on my painterly swaggers in portraits such as Tilda Swinton, where I rely on line and modelling. Her hair-do also gives the quiffs, curls and ringlets of Raeburn’s day a run for their money.

There must be some hint or tint of the dandy Teddy Boy in the Rev’s skating get-up that rang a distant bell somewhere in the distant past- perhaps it’s in the very slightest turn of the head to take in the viewer– I hear my own inner voice whisper ‘Gaun yersel, Rev!’ DELIGHTFUL!" 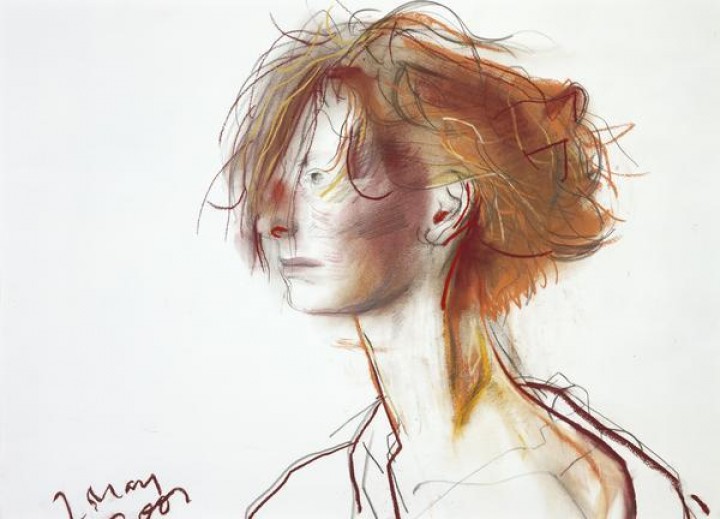 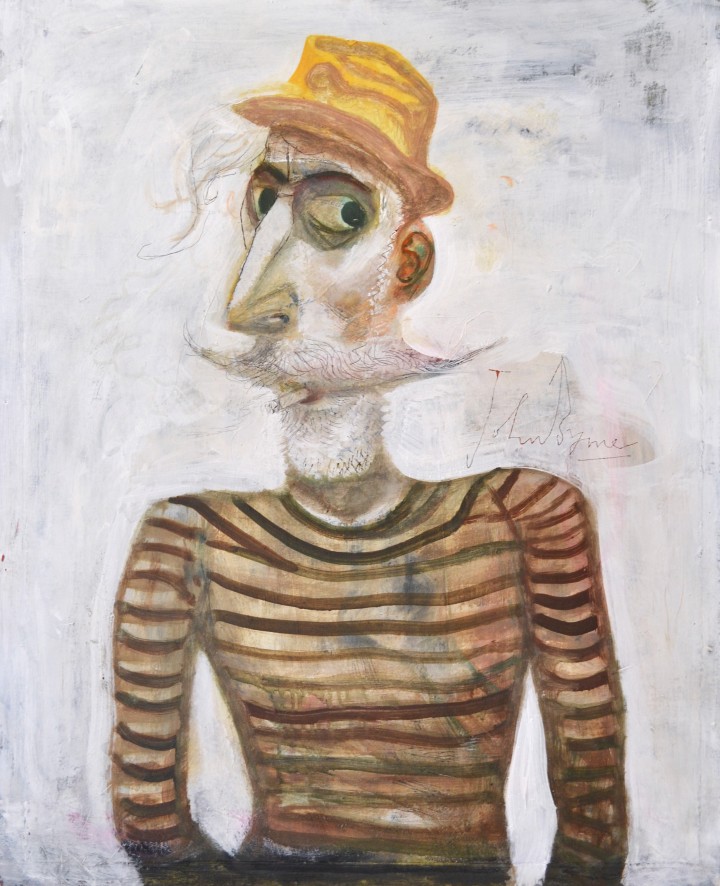 John Byrne RSA (b. 1940) is a Scottish playwright, screenwriter and artist, He was born in Paisley and worked as a ‘slab boy’ at A F Stoddard's carpet factory after leaving school. In 1958, he began studying painting at Glasgow School of Art and Edinburgh College of Art, culminating in a travel scholarship that enabled him to travel to Italy in 1964. On his return to Scotland he began working as a graphic designer before returning to the same carpet company but now as a designer. At this time, Byrne was painting dreamlike scenes influenced by Henri Rousseau, which were first exhibited in a one-man show in 1967 at the Portal Gallery in London.

The following decade, his career as a designer moved into theatre and film, making his name as the author of the play The Slab Boys (1978) and the BBC Scotland drama Tutti Frutti (1987).  Following an exhibition in 1992, his artistic career and reputation took off with works now held in many collections, including the National Galleries Scotland, Manchester Art Gallery and Fleming Collection. The Fine Art Society, Edinburgh recently held an exhibition of Byrne’s self portraits, a show about ‘looking back at himself’. 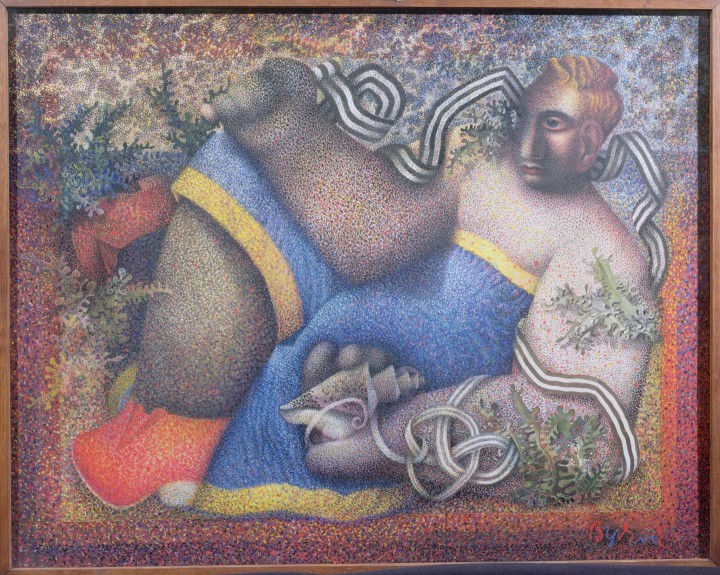 Sir Henry Raeburn FRSE RA RSA (1756-1823) was born in Edinburgh and educated at George Heriot’s Hospital, before being apprenticed to a goldsmith. He soon excelled at miniature painting and moved on to full-size work, learning from the painter Alexander Runciman. After travels to London, where he was kindly received by Sir Joshua Reynolds, and Rome, where he studied for two years, in the 1780s, his work grew in scale and ambition. By 1798, when he moved into a new purpose-built studio in York Place, Edinburgh, he had established himself as Scotland’s leading portrait painter.

Unlike many of his contemporaries, who made preliminary sketches, Raeburn painted directly from life. He was a great colourist, but capable of subtlety and frankness as well as drama. Throughout his life, Raeburn remained a central figure in Scottish portrait painting, serving as Portrait Painter to King George IV in Scotland, who knighted him, and as a chronicler of the  important thinkers of the Enlightenment. He died in Edinburgh aged 67. 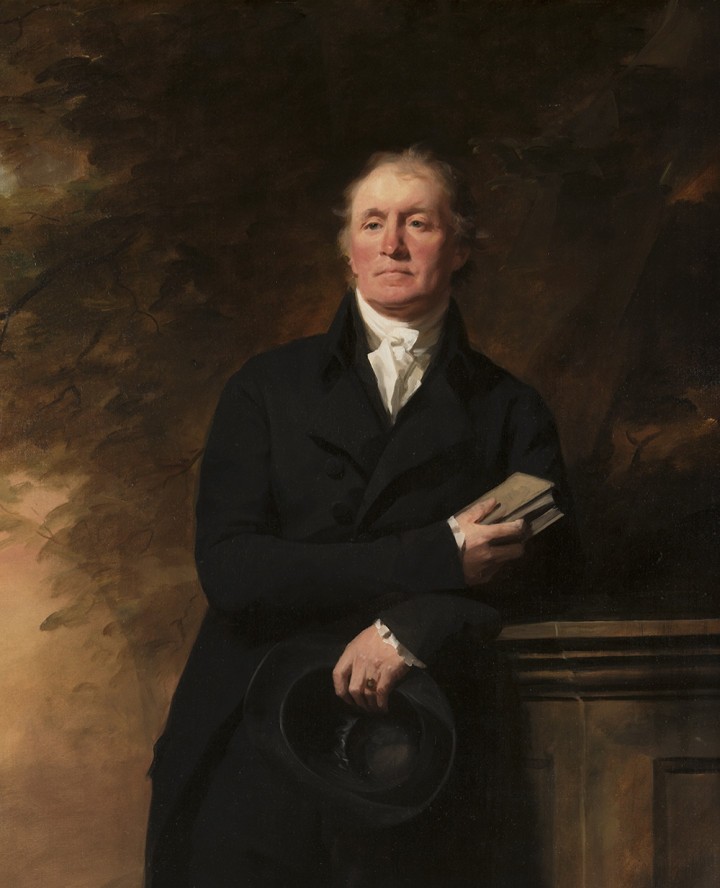