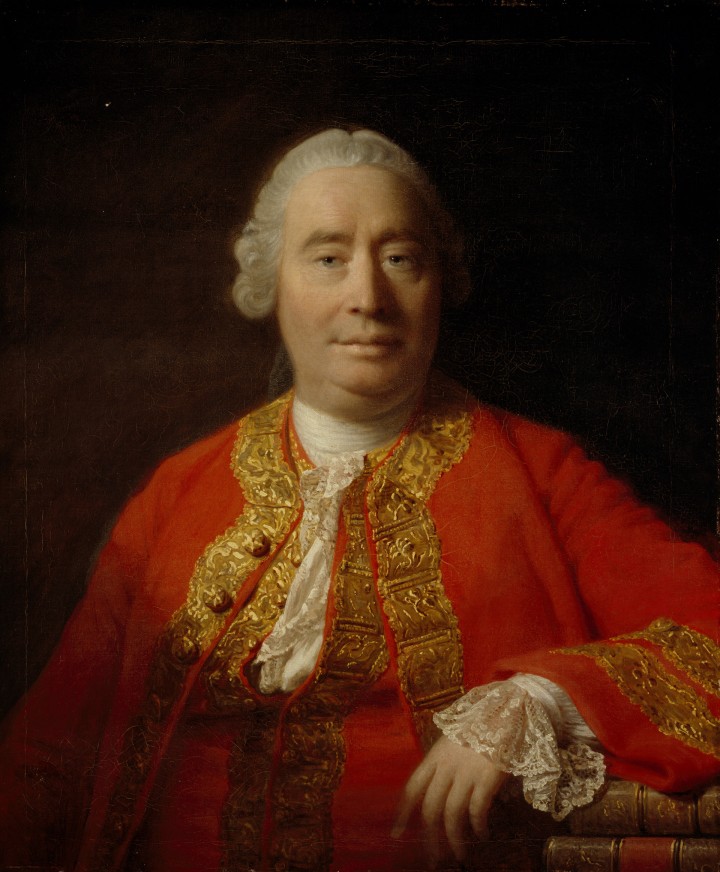 I don’t so much have a favourite work of Scottish Art as a bubbling cauldron of art works from many different countries, centuries and artistic processes. For lots of different reasons, an artwork comes to the surface and to my attention. I work a lot with artworks from the past, paraphrasing, reconfiguring, looking for narratives, clues and associations. I find myself connecting to an artwork for many different reasons, exquisite handling of paint is always an attraction for me, but so is a fertile and unique vision in any possible medium and any place in time, it doesn’t have to be old.

Over the last couple of years I have been spending a lot of time looking at Allan Ramsay’s two portraits of David Hume, held in the National Portrait Gallery in Edinburgh, and in particular the later 1766 work. I am in the process of making a portrait of Hume based on multiple small oval details painted from both portraits. For me the [later] painting is the best visual record of an encounter between the artist and the writer.

Hume’s almost beatific gaze and Buddha like countenance are interesting to me: there is a theory that while Hume was resident at the Jesuit College in La Fleche in France, working on his 'Treatise of Human Nature' he would have had access to texts about the Jesuits’ experience of Buddhism in then Siam.

Derrick Guild, Ever After. Ⓒ The Artist.

The relationship between Hume and Ramsay was strong, they were friends, and this portrait feels like a collaboration. Hume would have been aware of the power of the public image and this portrait would eventually become an engraving carried out by Ramsay’s top pupil David Martin. The portrait has the air of royalty and Ramsay’s lightness of touch allows the pink underpainting of Hume’s face to create a sensuous warm glowing portrait atop the vibrant pulsing red of the jacket.

It is an elusive painting to look at, and I always find myself returning to Hume’s right eye, it is a very sparingly painted and most liquid of eyes, but somehow its riveting. It is this eye that makes the painting for me. The sensuality of the painting seems perfectly in keeping with Hume’s thoughts on the power of the senses and emotions over reason.

Derrick Guild (b. 1963) is a Perth-born Scottish artist, having studied painting at Duncan of Jordanstone College of Art Dundee. The proximity of nature and art‐history in Perth, with its museum and its proximity to the rivers Tay and the Almond, had a seminal influence Derrick's artistic practice. His works often quote directly from artworks from the past, reconfiguring them to establish new connections. Derrick works within the expanded field of painting and although painting is his dominant process, sculpture, drawing, photography, sound, film and performance can all play a part.

Derrick has had many solo exhibitions, including at Pier Art Centre, Stromness, in 1997; Perth Museum and Art Gallery, in 2007; Lux Art Institute, California, in 2009; the Alan Stone Gallery, New York, in 2010; Summerhall, Edinburgh, in 2015; and the Scottish Gallery, Edinburgh, in 2019. Collections include, Dundee University Collections; Perth Museum and Art Gallery; The McManus Galleries, Dundee; The Alan Stone Collection, New York; and the Fleming Collection, London. Upcoming exhibitions include a project about David Hume with painter Hugh Buchanan, in collaboration with Blackie House Edinburgh. 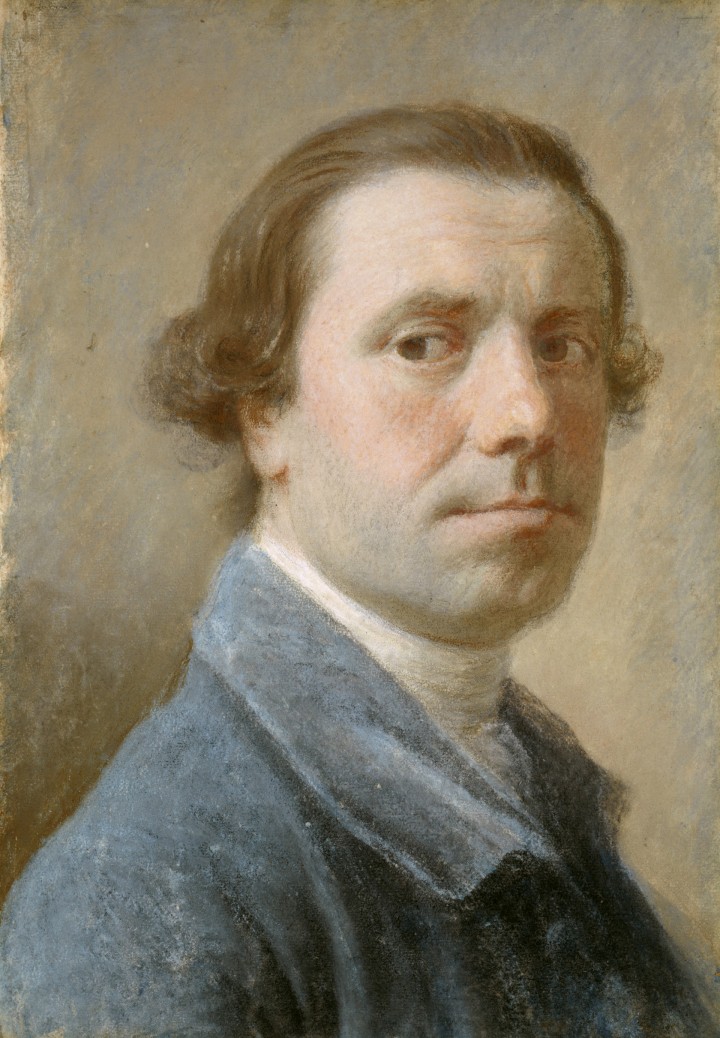 Allan Ramsay (1713-1784) was born in Edinburgh, the eldest child of a poet, playwright and publisher at the heart of the early Scottish Enlightenment. He had a gift for drawing from a young age, executing a remarkable portrait of his father when he was only fifteen. At sixteen her enrolled as an artist-member at the newly founded but short-lived Academy of St Luke in Edinburgh, attending drawing classes for over two years. He spent short periods studying both in London, as a pupil of the Swedish portrait painter Hans Hysing, and in Italy, before setting himself as a portrait painter in London in 1738.

Ramsay came to be known as one of the finest portrait painters in the country, noted for his fine use of colour and the charm and elegance of his work, influencing notable artists Gainsborough and Reynolds. Ramsay painted two portraits of the Scottish philosopher David Hume (1711 – 1776), the earlier example in 1754, the same year the two younger men joined with Adam Smith to found an intellectual debating club, the Select Society. Hume was a leading figure of the Enlightenment, a movement that asserted the importance of reason and the role of empirical evidence in the formation of ideas, whilst aiming to adopt more progressive values. However, prejudice and inequality was certainly still prevalent, as proven by Hume’s own racist views on other nations and ethnicities.