Andrew Piggott, 7N Architects, worked with Lynne Russell, to explore how to make worthwhile use of derelict buildings – the proposal incorporates a proposed brand created by Beautiful Materials.

We are often told that Britain’s towns form the frontline of a culture war. Whereas the political and social identities of cities and rural areas have settled into predictable left / right patterns, regional urban communities – many of them poorly connected to transport systems, with ageing populations and crumbling infrastructure – are the places where the soul of Britain’s constituent nations is being contested. The analogy is as enticing in its limited value as it is simplistic. Its currency in poor seaside communities in the south-east of England, for example, reflects the Anglocentric bias of much post-Brexit pontificating.

On the evidence of this new exhibition at V&A Dundee, the problems faced by remote or poorly connected towns – even taking the smaller sample size in Scotland into consideration – are both unique and bound by certain common problems adjacent to but distinct from the identitarian debate. This project, devised as Scotland’s contribution to the 2021 Venice Architecture Biennale (which invited responses to the question ‘how will we live together?’) was relocated to Dundee’s sparkling waterfront development after Covid-19 scuppered the original plans. But the basic concept remains the same: each of five citizens from the six towns and areas under consideration (Annan, Elgin, Lerwick, Paisley, Wester Hailes, and Dundee itself) has been paired with an architect to work on a building or planning solution to an issue identified within their local area, be it a hollowed-out high street or a coastline at risk from rising sea levels. 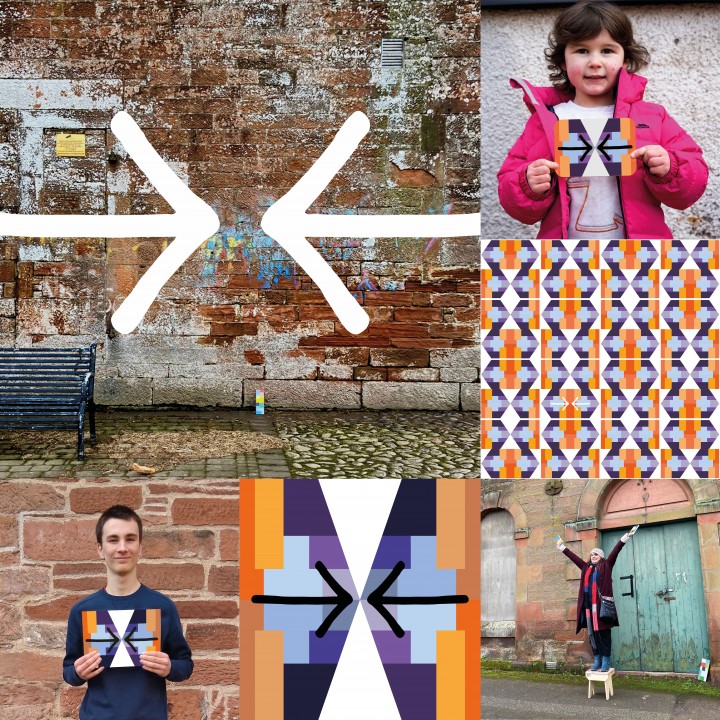 Nicola Atkinson, Beautiful Materials, worked with Callum McDougall, to explore how a brand for Annan could bring all generations together. “TOGETHER” is a brand to inspire the local community to make things happen and transform Annan for the future.

The chosen locations are dispersed across Scotland, with a range of local histories to match. Lerwick in Shetland can trace its history back to the Viking earldoms, whereas Wester Hailes was built during the 1970s, at the tailend of the new town boom. One is bound by the sea, the other pushed up against Edinburgh’s south-west city bypass; one loses its teenagers and twenty-somethings citizens to the urban centres further south; the other supports a younger and more ethnically diverse population but feels physically and psychologically cut off from the wealthy city on its north-east shoulder.

The solutions presented by locals reflect these distinctions. In Wester Hailes, Chuks Ododo and Illy Rawalai, working with Nicky Thomson, have proposed a year-long schedule of community meals to showcase the multiple culinary traditions of the area, reflecting the value of food and cooking as cultural markers and bridges. Eunice Main and architect Ian Gilzean have devised a landscaped park to serve as a community hub. Eoghan Howard and Emily Stevenson suggest a footbridge that would connect the area to the Union Canal, opening the walkway up to locals while enticing the tourists who throng Edinburgh’s streets each summer.

In Lerwick, the trick is how to make tourism a force for good rather than allowing Shetland’s urban centre to serve as a staging post for cruise ships or point of access to the natural spaces beyond. Jim Anderson, with architect Thomas Hamilton, has proposed a coastal walkway that would bring visitors off the large boats from the museum to the historic centre of the town, allowing a greater level of social and economic exchange to take place. Alastair Hamilton, meanwhile, working with Ewan Anderson, has responded to the threat of the climate crisis with a proposal for extended coastal defences. For Alisha Taylor, the question is how to make Shetland’s young people feel less disconnected from the world, particularly in winter. She and David Muir have proposed turning a disused school building into a youth centre with access to headland landscapes that also provides shelter from bad weather. 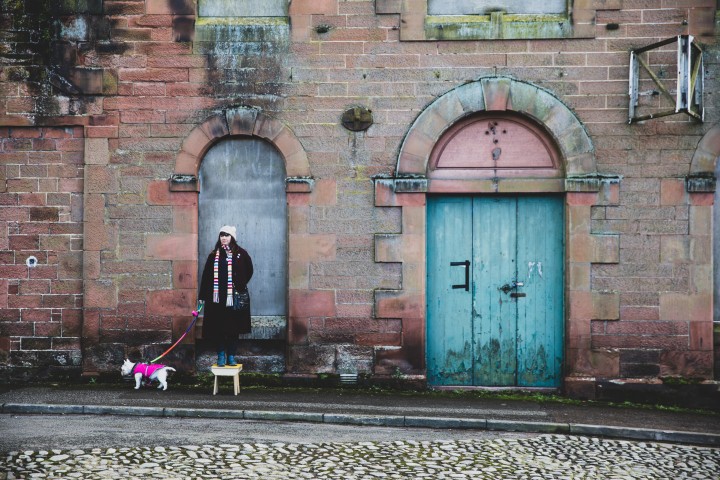 Lynne Russell, Annan, participated in the initial workshops in early 2020. Here she stands on a stool designed by Beautiful Materials, Nicola Atkinson, to get a new perspective on the high street. (Image by 7N Architecture)

That last point hints at the threads of connection that run through this project. The challenges of man-made global warming are a recurrent theme, as is the leeching of young people to larger towns and cities in Scotland and beyond, and the related demise of high streets and city centres, often leaving civic architecture standing idle in the heart of the community. Solutions also seem to waver around a set number of themes, with shared spaces for young people a common concept. There is clearly no silver bullet to solve the issues identified by Scotland’s citizens – that tourism is presented as both panacea and blight in different contexts speaks volumes – but there is no denying the positive intentions of a project that places power in the hands of local people to solve their own problems.

A larger question is how these solutions might be reflected in real-life architectural interventions and town planning in the chosen areas over the next few years, including in Dundee itself, where visitors have been invited to submit their design ideas by dropping them into a wishing well in one of the V&A’s exhibition spaces. Citizen involvement means more when the project in question is not merely speculative.