The Universal in the Particular: The Glasgow School at Cockburnspath 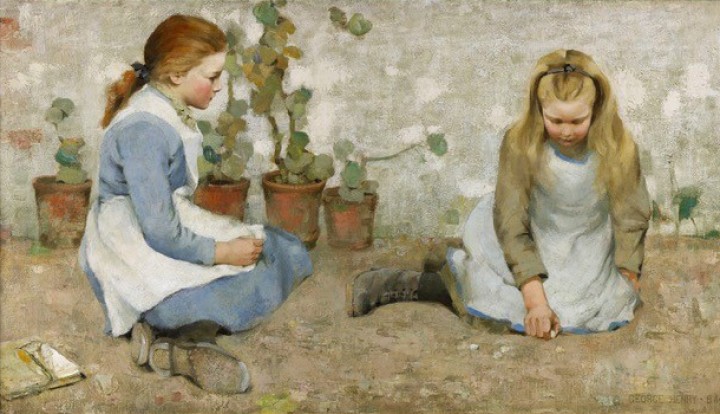 The North-American writer William Carlos Williams once described his creative metier as ‘discovering the universal in the particular’. He went on to quote – in the introduction to his modernist epic Paterson (1946-58), set in regional New Jersey – a line from the philosopher John Dewey: “The local is the only universal, upon that all art builds.”

Berwickshire is a long way from New Jersey. But the maxim comes to mind when encountering the work of the Glasgow School painters produced at the artists’ colony of Cockburnspath. One such work is George Henry’s Playmates (1884), which shows two girls sitting on the ground outside a white harled farmhouse, engrossed in a game of chucks. One girl moves a stone in the dust, while the other looks on with unselfconscious attention. Because of the very ordinariness of the scenario – the apparent absence of artifice, generated in particular by Henry’s attention to body language – the girls are brought to life in all the particulars of their situation at a distance of almost a century and a half. 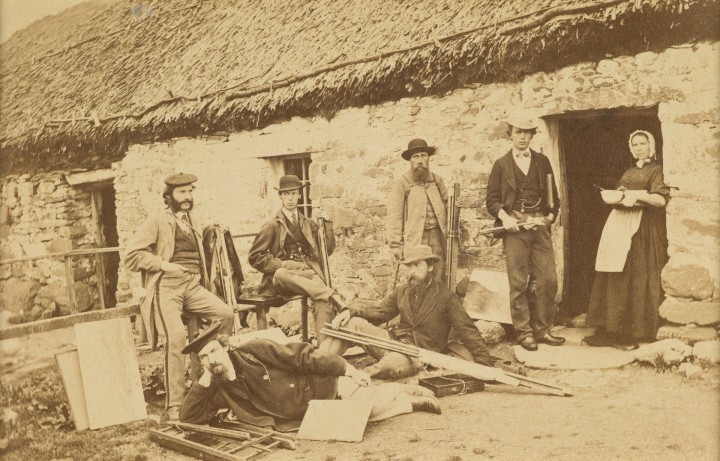 A Group of Artists at Cockburnspath in the Borders, c. 1884. The MacKinnon Collection. Acquired jointly with the National Galleries of Scotland and National Library of Scotland with assistance from National Lottery Heritage Fund, Scottish Government and the Art Fund.

Cockburnspath is a village on Scotland’s south-east coast, midway between Edinburgh and the English border. The Glasgow School painter James Guthrie took lodgings there in the summer of 1883, after travelling to the Scottish Borders with his friend Edward Walton in search of new painting locations. According to local historian Sally Smith, they may have been influenced by their friend James Aitken, who had spent the previous summer sketching Cockburnspath and the surrounding headlands. Over the following three years, Guthrie and Walton, still in their early twenties, welcomed many of the denizens of Glasgow’s new painting community, including their mutual friend the Northumberland-born artist Joseph Crawhall, Arthur Melville, George Henry, James Whitelaw Hamilton, and T Corsan Morton. The painter and Glasgow Girl Maggie Hamilton worked – perhaps typically – as Guthrie’s housekeeper. 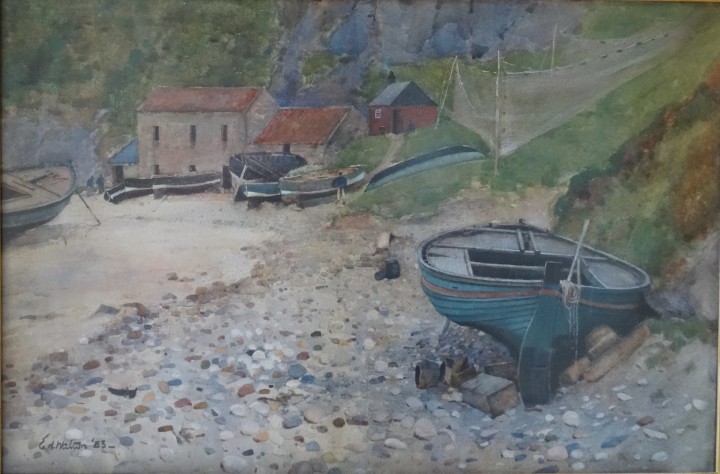 Why Cockburnspath? We might hazard a guess from looking at a painting by Walton from this period, The Cove, Cockburnspath (1883), depicting the tiny harbour below the village. The work partly offers a striking example of ‘spatial layering’, whereby foreground detail is offset against the blurry atmospherics of the vista beyond, a technique pioneered by the Glasgow School’s guiding light Jules Bastien-Lepage. But Walton’s painting also suggests something about the appeal of the location itself Beyond the little jetties and inlets, the eastern edges of the Scottish Borders abound with sweeping headlands, rocky shores, and wide flat beaches: landscapes somewhat similar to those which were drawing painters across the North Sea to capture the shifting mood of its coastlines, from Katwijk in the Netherlands to Skagen in Denmark. These schools of Northern European naturalists, like Guthrie and his compatriots, were inspired by the plein-air techniques of the Barbizon School and the Impressionists, and by the everyday muse and hazy hyper-realism of Bastien-Lepage. But the very emphasis on capturing reality which these French painters had taught them, set them off in search of their own, more northerly visions of reality. Hence the emergence of artists’ colonies along the cool, windswept fringes of Northern Britain, Holland, and the Nordic Countries.. 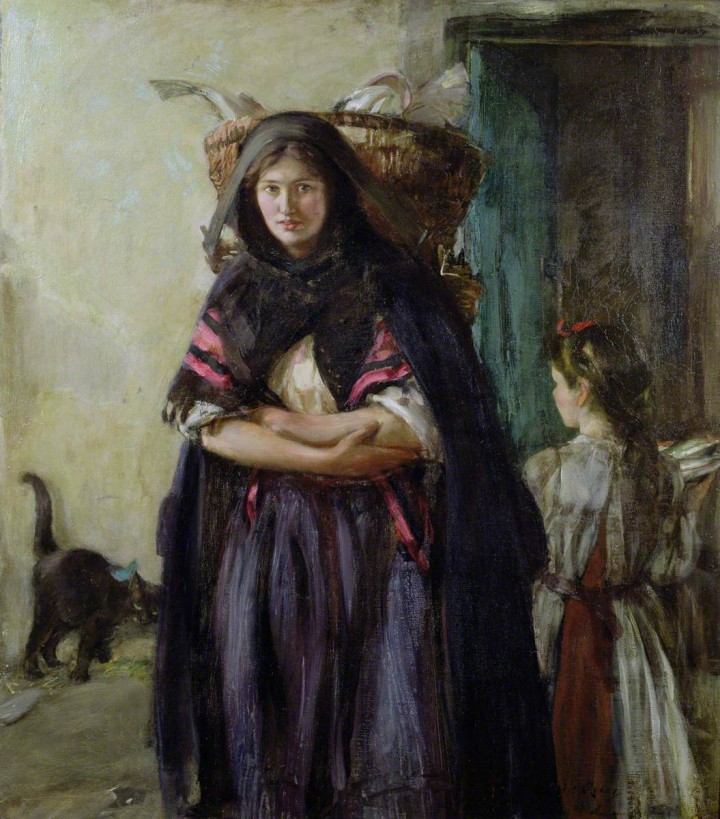 The art historian James L Caw, a contemporary of the Glasgow School, evokes the particular appeal of Cockburnspath, lodged “in the narrowing belt of cultivated country between the higher pastoral uplands of the Lammermoors and the bold rocky coast along the North Sea”: “somewhat austere in aspect, but with gently swelling contours running seaward like great rolling waves, and with the woodlands crowding into the deep intersecting deans for shelter…the surrounding landscape has spaciousness and dignity and a character quite its own.”[1] The location was prepossessing without being melodramatic, allowing agricultural or coastal scenes to frame sites of human activity in the foreground, always a primary concern of the Glasgow painters. Many of the paintings created at Cockburnspath, like Walton’s Playmates, attempt to capture working-class life or leisure. A Newhaven Fishwife, by Alexander Roche, another of Guthrie’s visitors at Cockburnspath and a sometime member of the Grez-sur-Loing colony associated with the Barbizon School, offers a similar image of rustic labour, set in a fishing village on the outskirts of Edinburgh. Flora MacDonald Reid’s Fieldworkers (1883), though it probably depicts a landscape in Northern France or Belgium, is a product of this same ethos and approach, the potato harvesters picked out with the physiological sensitivity typical of the Bastien-Lepage era.

Like all of the Glasgow’s School’s best work, the Cockburnspath paintings on show in the Fleming Collection’s new exhibition continue to arrest our gaze and elicit an instinctive empathy, to draw the universal out of the local.

[1] This passage is quoted in Sally Smith’s engaging local history, Cockburnspath: a History of a People and a Place published by Dunglass Mill Press in 1999.

The Glasgow Boys & Girls in on show at The Granary Gallery, Berwick-upon-Tweed between, 5th September – 15th November. Visit their website here for more details on opening times and current safety guidelines.