The Fruitmarket Gallery announces plans for reopening in 2020 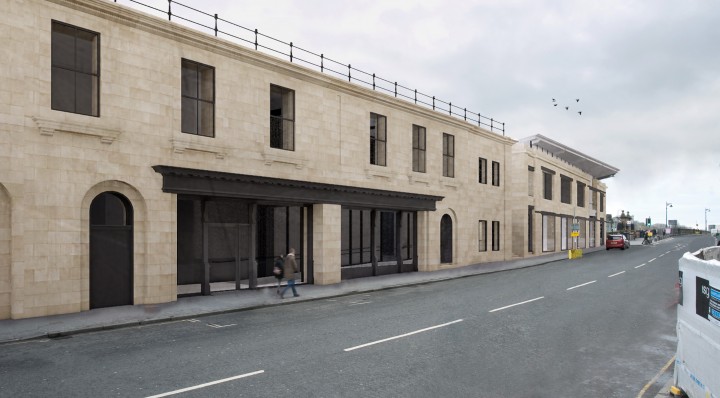 With a projected reopening date of summer 2020 – just in time to take part in August’s Edinburgh Art Festival – the first exhibition held in the new space will be a career-spanning survey, the first of its kind in the UK, of Glasgow-based artist and former Turner Prize nominee Karla Black.

Built as a fruit and vegetable market in 1938 and in use as an exhibition space since 1974, the Fruitmarket is one of the most significant contemporary art galleries in Scotland, and occupies a unique position overhanging the edge of Waverley Station on the Market Street side. Among the exhibitors in its 45-year history are David Hockney, Jean Michele Basquiat, John Cage, Louise Bourgeois, Yoko Ono and Jeff Koons. 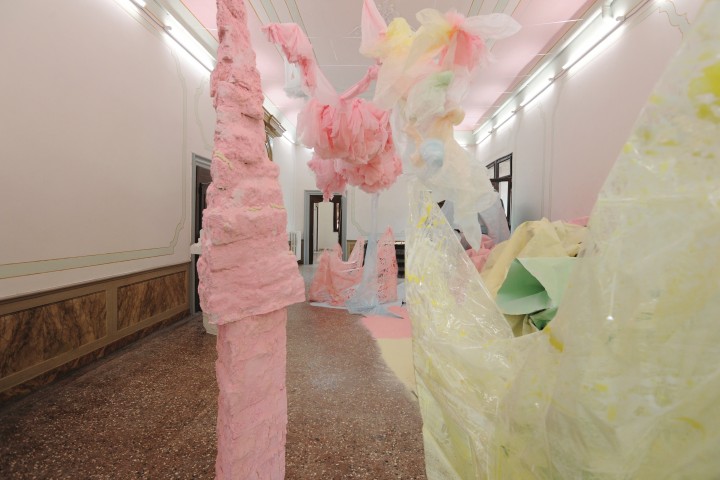 Designed by Reich and Hall Architects of Edinburgh and funded by a £3.75 million capital development, the new space will allow not just more room for larger gallery exhibitions, but also be a multi-arts space which, it is intended, will host theatre, music, dance and spoken word performances. Already, two cross-genre pieces of work have been commissioned by the gallery throughout the development; artist/poet Rhona Warwick Paterson and dancer/choreographer Eve Mutso’s collaborative Beginning a line beginning a building, and Writer’s Shift, an engagement project with poets Janette Ayachi, Callie Gardner, Jane Goldman, Iain Morrison and Tom Pow, both of which will be revealed in 2020. 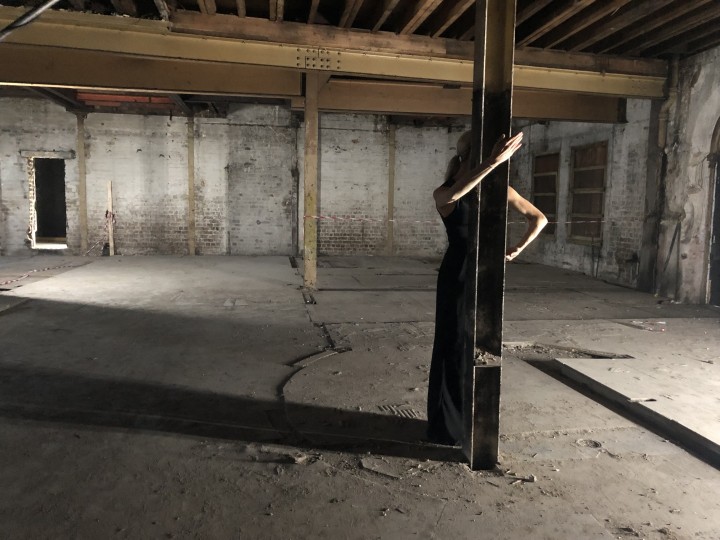 Beginning a line beginning a building. A live archive of transition. Production photograph.

Born in Dunbartonshire and educated at Glasgow School of Art, in 2011 Karla Black was both nominated for the Turner Prize and chosen to represent Scotland at the Venice Biennale, the latter in a show curated by the Fruitmarket. For this opening exhibition, she will create two major new works which will be shown alongside a selection of older pieces. ‘We can’t wait to work with Karla,’ says Fruitmarket director Fiona Bradley. ‘There is a defiant force to her work – it’s demanding and disruptive as well as beautiful and inspiring… We value artistic experiment and we want her to really challenge the new space. We look forward to sharing her insights with our audience.’

For more information on the Fruitmarket Gallery and its programme click here.