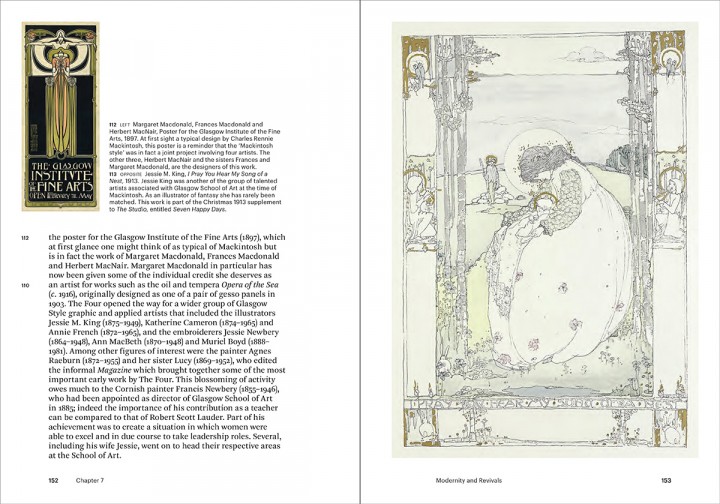 It is heartening to see a new edition of my Scottish Art published in Thames and Hudson’s World of Art series. The more so because for me that series remains the absolutely key series of introductions to art history, for both student and general reader. The series was fundamental to my own education, but at that time I was certainly not expecting to end up writing one of the titles. The Fleming Wyfold Art Foundation played a key role in that, for when I was appointed as Professor of History of Scottish Art at Dundee in the late 1990s it was thanks to funding provided by the Foundation. One of the first things I did was to approach Thames and Hudson about a World of Art title and in 2000 the first edition of Scottish Art was published. It was well received and was reprinted in 2005.

This new edition is particularly welcome because the images are now in colour where they need to be. Until I saw the proofs of the new edition I had forgotten how much the first edition had lost due to the significant number of images which were in black and white. So many of those images now benefit. For example, Maud Sulter’s Clio from 1989, now impresses in a way that wasn’t possible before, as does William MacTaggart’s Wigtown Coast from 1968, which was disappointing in monochrome. The same can be said of D. Y. Cameron’s The Wilds of Assynt from 1936 and Alan Davie’s Jingling Space from 1950. The understanding of earlier works such as a page from The Book of Durrow is greatly helped, and a view of the Pictish Glamis Cross Slab now gives a much better impression of the object itself. The benefits of colour apply throughout: it is good to be able to get a sense of the hues of Gavin Hamilton’s Achilles Mourning the Death of Patroclus painted in the early 1760s and David Scott’s Philoctetes from 1839. Colour has also transformed the image of Phoebe Traquair’s Despair, one of her wonderful series of tapestries, The Progress of a Soul, made from 1899 to 1902. The same is true for an example of Jessie M. King’s brilliant graphic work from Seven Happy Days, published in 1913. 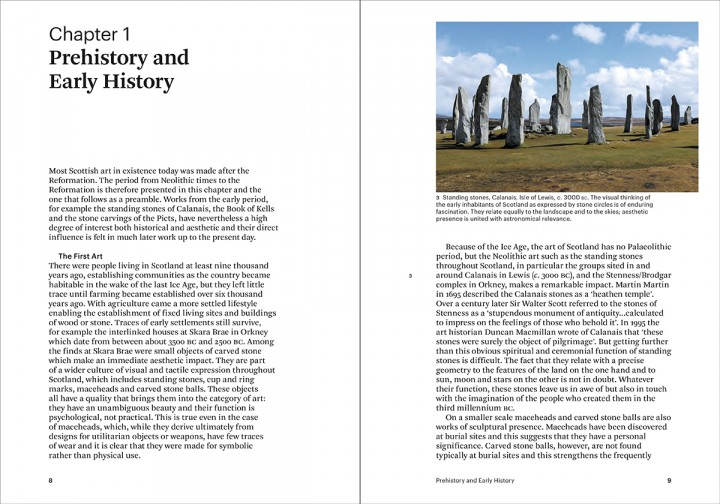 The main body of the writing remains as it was. The significant change is that I have updated it to include work made since the original publication date of 2000. For example, from the early years of the twenty-first century, Dalziel + Scullion’s Breath Taking, a billboard project which was an early and highly successful meditation on the technological, ecological and social issues of wind power – made as a focus for discussion courtesy of a commission from Deveron Arts in Huntly. When I haven’t been able to mention artists by name (such omission is inevitable in an introductory book) I have tried to note key major exhibitions or projects that have made a difference. For example events such as Generation in 2014 and how it relates to The Vigorous Imagination of 1987. I have also noted the success of Scottish artists as winners or shortlisted for the Turner Prize, building on what I began to explore in the first edition through mention of Douglas Gordon and Christine Borland. Alan Johnston’s contribution to the redevelopment of Tate Britain in 2013 is also noted.

As a result of researching Highland art from 2006 onwards, since the first edition was published I have become much more aware of a number of artists who could easily have been mentioned in the earlier edition. One is the remarkable David Forrester Wilson (1873-1950) who taught at Glasgow School of Art; his Royal Scottish Academy Diploma work, the Young Shepherd is illustrated. Another is the Aberdeen-educated, Lewis-born artist Donald Smith (1926-2014), whose work is gradually becoming more recognised. I was only able to namecheck Smith but there will be a major exhibition of his work at the City Art Centre in Edinburgh in June 2021.

As with the first edition, I am conscious of how much I had to leave out. That is particularly true of recent work, and the need for affordable new books focusing on contemporary work is as great as ever. Publications such as Scottish Art News, The Journal of the Scottish Society for Art History, and more recent additions such as Art North play a key role here in developing critical writing. The challenge for any emerging critic or historian of Scottish art is, perhaps, to convince Thames and Hudson to commission a title for the World of Art series on the century of Scottish art from the 1920s to the present. 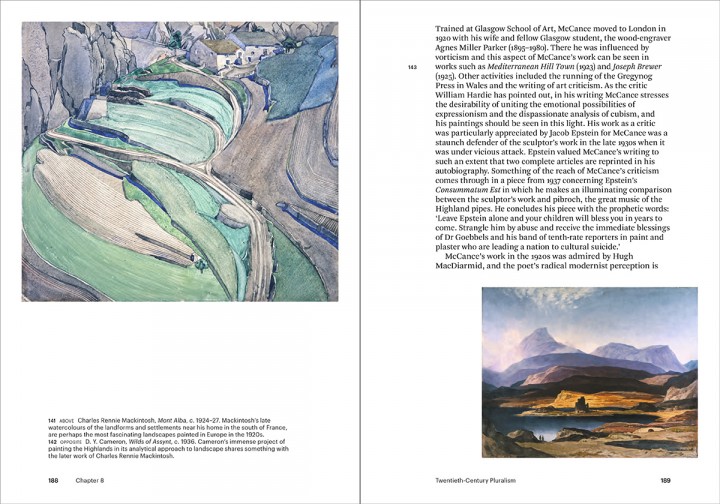