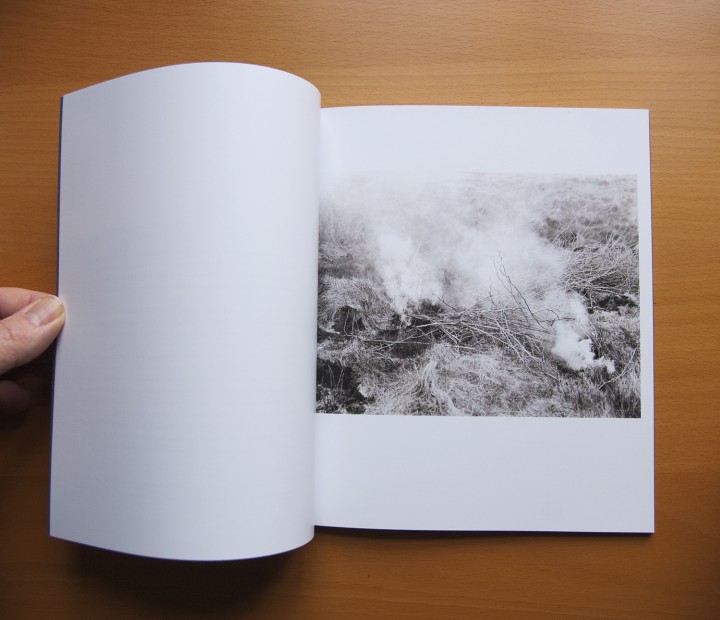 The poet Edwin Muir, writing about his childhood in Orkney, which was interrupted by relocation to the Central Belt at age 14, recalled: ‘I was born before the industrial revolution, and am now about two hundred years old. But I have skipped a hundred and fifty of them . . . In 1751 I set out from Orkney for Glasgow. When I arrived I found that it was not 1751, but 1901.’ Whatever we make of Muir’s yearning for a pre-modern arcadia, Orcadian writers and artists have often expressed a sense of conflict between the rhythms of island existence and the urban milieux which drew them southwards. From George Mackay Brown’s novels to the sad Edinburgh street scenes of Margaret Tait’s 1964 film Where I Am Is Here, Orkney often seems an idyll under threat when inhabited, an irretrievable memory when left behind. 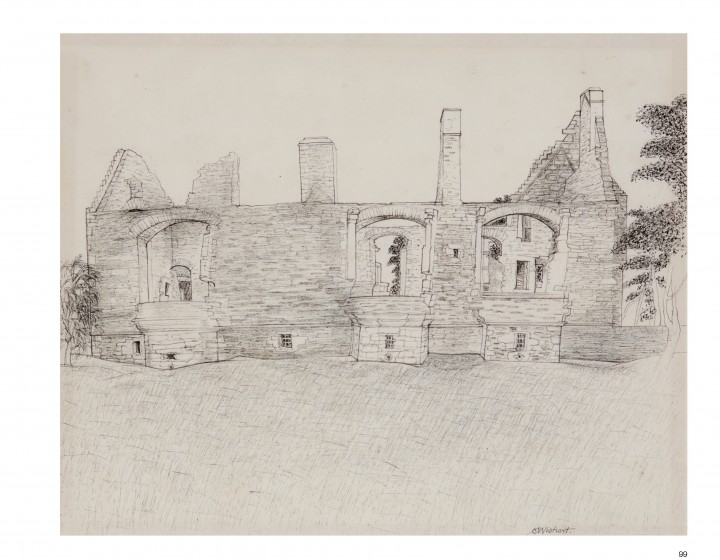 Sylvia Wishart and Frances Scott were born on Mainland, Orkney, in 1936 and 1991 respectively, and their visual responses to the archipelago reveal the same combination of intense scrutiny and loving familiarity, perhaps sharpened by a sense of the landscapes’ openness (not to say vulnerability) to impinging wider realities. Wishart trained in Aberdeen in the 1950s before returning home to settle in Kirkwall, where in 1969 she was invited by local businessman William Tait (Margaret’s brother) to illustrate a commercial calendar for J & W Tait’s customers, celebrating the islands’ landscapes and landmarks. More calendars followed across the 1970s. The results, mostly in pen, ink, and wash, have now been reprinted by the Pier Arts Centre, with skilfully layered annotations provided by Bryce Wilson.

Curator Andrew Parkinson notes in his introduction that ‘each drawing documents a moment of beholding that Wishart experienced . . . interpreting through her individual eye, mind and hand a deeply held image of place.’ Given their commercial function, it’s remarkable how these drawings relay that sense of imaginative possession, the lines, dots, and cross-hatchings often seeming to gather themselves around a central point – generally an architectural or natural landmark – before trailing off into blank space at the edge of the page, like markers of a rising and receding reverie. If early images of Rackwick Valley and the like are the most effective in conveying that sense of temporary interlocking with place, later drawings reveal a draughtswoman’s precision: the farmhouse roofs and gables of the mid-1970s are wonderfully, architectonically exact. In a small number of late coloured crayon works, we witness the emergence of the scratchier, more dream-like style familiar from Wishart’s landscape paintings. 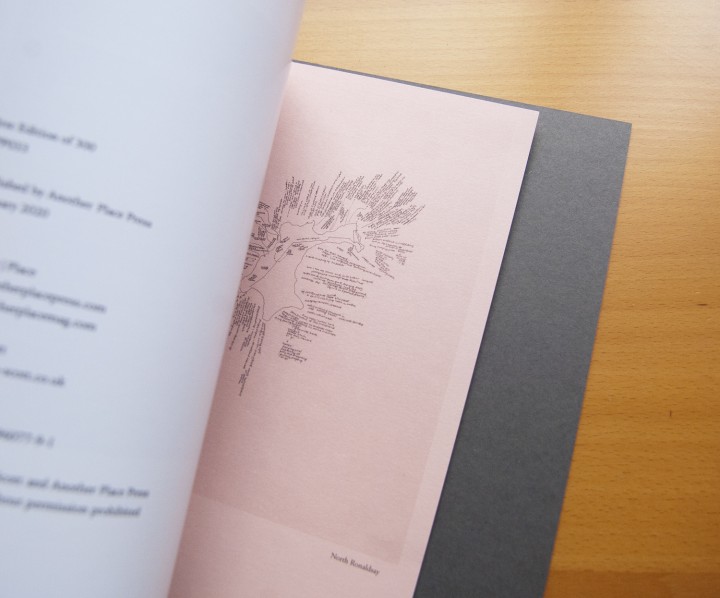 Frances Scott is part of the Móti collective, a group of artists located literally or imaginatively in the Orkneys, producing visual and process-based responses to the islands which place them loosely in the tradition of British land art. Undertow is the product of an ongoing project to walk the entire coastline of the islands over several years, recorded through GPS tracking, photography, hand-annotated maps, and logged details such as walk distance and duration, and notable experiences. The heritage of this work is long-form, time-bound conceptual art but Scott’s book places her photographic practice front and centre, with notes and digital sketches based on GPS tracks scattered throughout. There is a wonderful crispness to the images, and a sense of openness to the layering of older and contemporary landscapes, structures and littoral detritus that is highly refreshing. Idylls aside, an awareness of islands as places of flux – of arrival from, and departure to, the world beyond – will surely be essential to the future survival of archipelagic art. Reactionary attachments to the island as cocoon or time-capsule usually end in creative atrophy. Artists like Scott will be vital to keeping the Orcadian tradition alive and breathing.