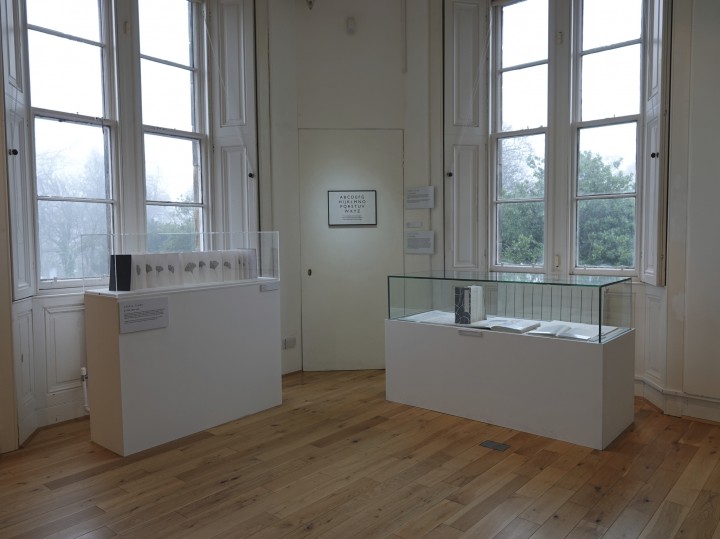 The pen-pal style intimations of the title of this independently curated exhibition for Fife-based arts umbrella Fife Contemporary is a very gentle double-edged sword for the broad exploration of drawing it covers. The old-school stencil font of each label for the 23 cross-generation artists puts stylistic and symbolic faith in its craft, particularly in relation to the natural world.

Things start simply enough, with Elizabeth Blackadder’s quick-fire capture of Edinburgh in View of North Bridge (1972) and three drawings by Carol Rhodes, Factory Roof and Countryside (2001–02), Reservoir (1999) and Wharf (1999), all so much more than studies for paintings. Blackadder returns later, with reciprocal portraits by and of her and John Houston, that capture the relaxation of marital bliss at its best. 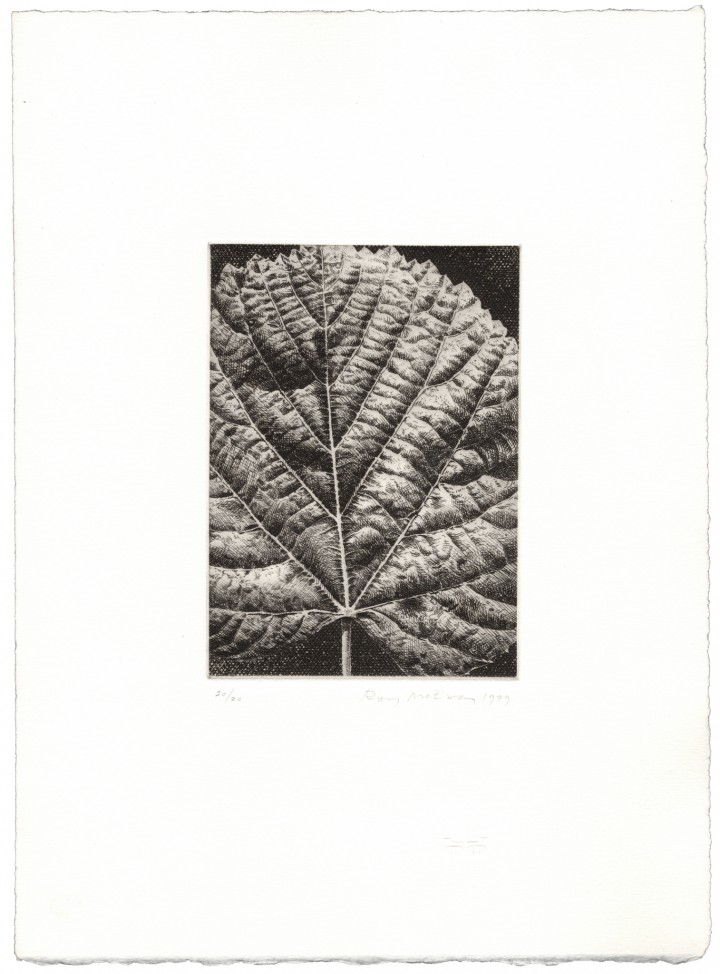 The exhibition’s brief expands by way of musician Inge Thomson and artist Deirdre Nelson, who weave together traditional and contemporary concerns with song, knitted hats and musical notations reflecting the handcrafted knitting patterns of her mother and grandmother.

There is music too from Hanna Tuulikki and High Heels and Horse Hair, aka violin and cello duo Sonia Cromarty and Alice Rickards. Separate works named TRANSPLANTED: Heartsease (2014), respond to baroque composer James Oswald’s Airs for the Seasons, a set of 96 mini sonatas for violin and cello, each depicting a different plant or flower. Where Cromarty and Rickards have recorded a new composition, Tuulikki has drawn a visual score, in which two plant-shaped swirls of notation float in space. 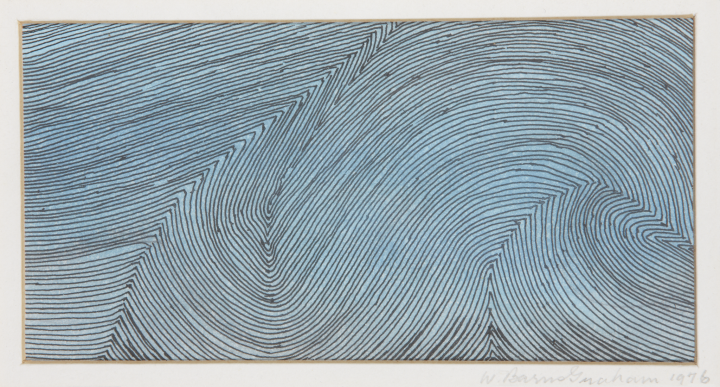 In Lucy Skaer’s Available Fonts (2017), three church-like wall-hangings patterned with compressed and shrunken versions of much larger images are collated with others to make a monumental display.

Thomas A Clark and Laurie Clark’s series of small cards are accompanied by haiku-like meditations that recall shades of Ian Hamilton Finlay. Hamilton Finlay’s postcard, zigzag book and silkscreen print, PROEM (1977–98) are as beguiling as Andy Goldsworthy’s own scorched earth look at the relationship between human beings and nature. Best of all is the industrial-domestic detritus of Norma Starszakowna’s wall-mounted collages that looks bashed into shape and surviving its way into the future.

Neil Cooper is a writer and critic based in Edinburgh.

'Lines from Scotland' runs until 25th October at Dunfermline Carnegie Library & Galleries. More information can be found at Fife Contemporary.