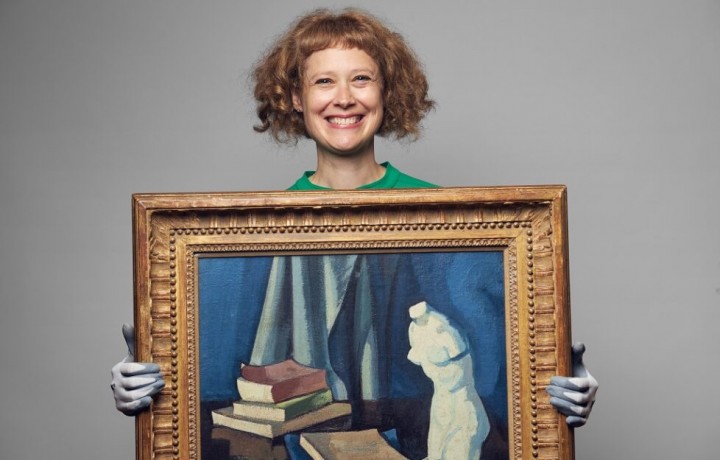 Having worked for a number of years as a Senior Curator at the National Galleries of Scotland (NGS), Alice Strang has joined fine art auctioneers Lyon & Turnbull as a Senior Specialist in Modern & Contemporary Art.

A graduate of History of Art from Emmanuel College, University of Cambridge, Alice worked with Christie's in London before moving to the NGS in Edinburgh. She won a Saltire Society Outstanding Woman of Scotland award for her curatorial leadership of the landmark ‘Modern Scottish Women: Sculptors and Painters 1885-1965’ exhibition at NGS in 2015.

Alice is returning to her roots in the auction world at a time when the Edinburgh-headquartered auction house is experiencing unprecedented sales activity. Alice has said, "I'm excited to be embarking on a new adventure while still being immersed in the world of Modern British art.”

Nick Curnow, Vice-Chairman of Lyon & Turnbull, said of the appointment, "We are thrilled to welcome Alice to the Lyon & Turnbull fold. Her reputation goes before her and she joins us during an exciting period of expansion for the company in her particular sphere of knowledge.”

This autumn, Alice will be in involved in two significant events tied to Scottish artists, the sale of the private collection of Wilhelmina Barns-Graham in October and the Scottish Paintings & Sculpture auction in December, which will include a section celebrating the 150th anniversary of the birth of S.J. Peploe. Both artists are particularly close to Alice’s heart, having previously served as trustee of the Wilhelmina Barns-Graham Trust and curated a major retrospective on Peploe at the National Galleries of Scotland.

Alongside her new role at Lyon & Turnbull, Alice will continue her work as an independent curator and art historian, including research-based talks and articles about Modern British art.

Alice is a longstanding supporter of the Fleming Collection, having written numerous pieces for Scottish Art News, online and in print, most recently one on Joan Eardley for the current issue. We are very excited for her and her new venture.