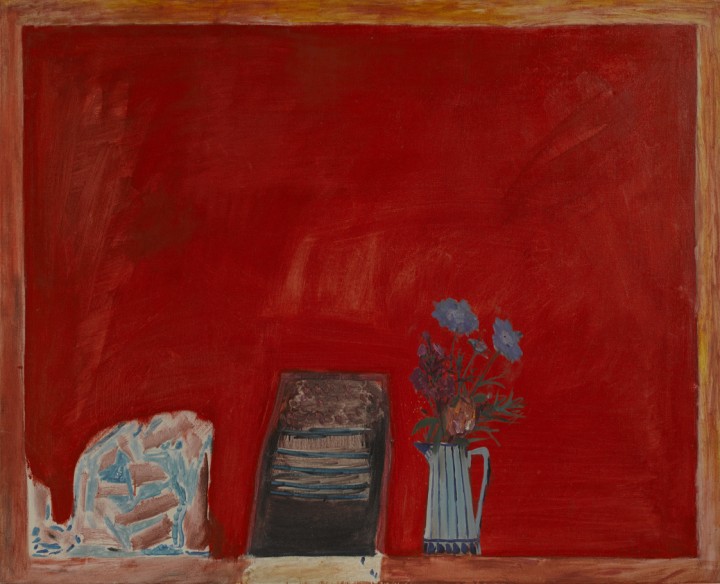 Elizabeth Blackadder, who died last week, a month short of her ninetieth birthday, was one of Scotland’s most distinguished artists. In a career spanning more than 60 years, she made work which was both critically acclaimed and immensely popular, maintaining a quiet rigour about everything she did.

While she will be particularly remembered for her paintings of flowers and cats, she worked with a wide range of subjects including landscapes, still lifes and portraiture. A gifted draughtsman, she painted equally well in oils and watercolours, and was a distinguished printmaker.

Elizabeth Violet Blackadder was born in Falkirk in 1931. Her father, an engineer, died when she was 10, and her mother, Violet, worked as a domestic science teacher to support the family. During the war, she was sent to live with her grandmother at Holy Loch near Dunoon, where she helped various friends with their gardens, feeding the interest in flowers which would stay with her for the rest of her life.

In 1949, she went to Edinburgh College of Art to study Fine Art, the recently instituted degree course which combined art school training with the study of History of Art. Byzantine art and early Italian painting were important interests, and her tutor Sir William Gillies was a key influence on her evolving style. She graduated in 1954 with first-class honours and, having won travelling scholarships from ECA and the RSA, set off to Yugoslavia, Greece and Italy.

In 1956, she married fellow artist John Houston and their strong partnership lasted until his death in 2008. In 1962, at the RSA, she won the Guthrie Award for best work by a young artist, was elected an RSA associate the same year and an academician in 1972. She was the first woman to be elected to membership of both the RSA and the Royal Academy. After a brief brush with school teaching, she joined the staff of Edinburgh College of Art in 1962 where she worked until her retirement in 1986. 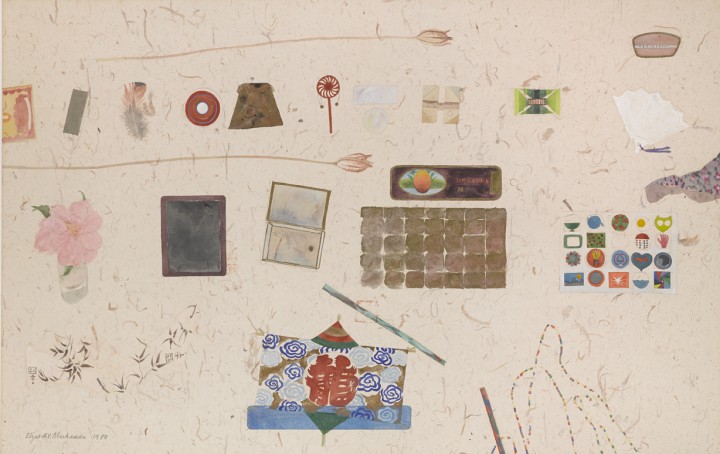 Landscapes were important in Blackadder’s early work, and her flower studies in watercolour quickly gained attention, balancing an element of precision with expressiveness. As a keen gardener, she grew many of the flowers she painted.

Still lifes became increasingly important, incorporating objects from the growing collection of souvenirs she acquired on her travels. She once said that she liked to let compositions grow organically; she might paint two objects and that pairing would suggest others. If one of her cats happened to wander into the studio, it might join the composition too.

Although she travelled widely, it was Japan, which she first visited in 1985, which most impacted her work. Always interested in the placement of objects and the space between them, she recognised these qualities the zen gardens of Kyoto. Not only did Japanese subjects begin to appear frequently in her work, the sense of contemplation in her compositions seemed to deepen.

Blackadder’s work can be found in the Tate, the National Galleries of Scotland and MoMA New York collections among others. A mid-career retrospective created at the Fruitmarket Gallery in Edinburgh toured to Sheffield, Cardiff, Aberdeen and Liverpool, and a retrospective hosted by the National Galleries of Scotland in her eightieth year remains one of their most popular shows.

She was made OBE in 1982, DBE in 2003 and was Her Majesty’s Painter and Limner in Scotland. However, she always wore her achievements lightly. She did not enjoy speaking about her work, preferring simply to continue painting and to let her work speak for her — as it will now.

Explore other work by Elizabeth Blackadder in the Fleming Collection