Mount Stuart’s visual arts programme has been running since 2001, placing contemporary art in and around the grand estate of the Crichton-Stuart family, which has held land on the Isle of Bute since the middle ages. Many artists have responded to the history of the site itself. In 2018, Christine Borland’s The Power of Twelve used arrangements of found objects such as remnants of invalid feeder cups to evoke the house’s use as a naval hospital during the First World War. The following year, Whitney McVeigh dug into the estate archives to present a selection of letters and ephemera foregrounding the biographies of Mount Stuart’s women, including Gwendolen Crichton Stuart (1854-1932), wife of the Third Marquess of Bute (1847-1900) who instigated the house’s conversion into its present, extraordinary state.

In 1920, however, the Marquess’s son was looking for an escape route from his inheritance. According to the architectural historian Gavin Stamp, “the 4th Marquess – partly through fear of a ‘bloody revolution or general strike’ – had a brochure printed offering Mount Stuart for sale, ‘conditional to its complete demolition and removal by the Purchaser...suitable for re-erection as a Hydro Hotel, Restaurant, Casino, Public Building, Etc.’ There would seem to have been no takers.” Victorian gothic was, it seems, “so unfashionable...after the Great War” that the above course of action seemed a purely expedient rather than destructive one.

John Patrick Crichton-Stuart, Third Marquess of Bute, benefited from his family’s hugely profitable estates in South Wales—on reaching his majority in 1868 he was reportedly the wealthiest person in Britain. However, his personality was that of a mystic rather than an aristocratic playboy: according to his biographer, the Benedictine monk David Hunter Blair, he made his first visit to Jerusalem immediately on finishing school, and his undergraduate reading at Oxford ranged over “every form of ancient faith, Judaism, Buddhism, Islamism, the beliefs of old Egypt, Greece and Rome, as well as the creeds and worship of Eastern and Western Christendom.” 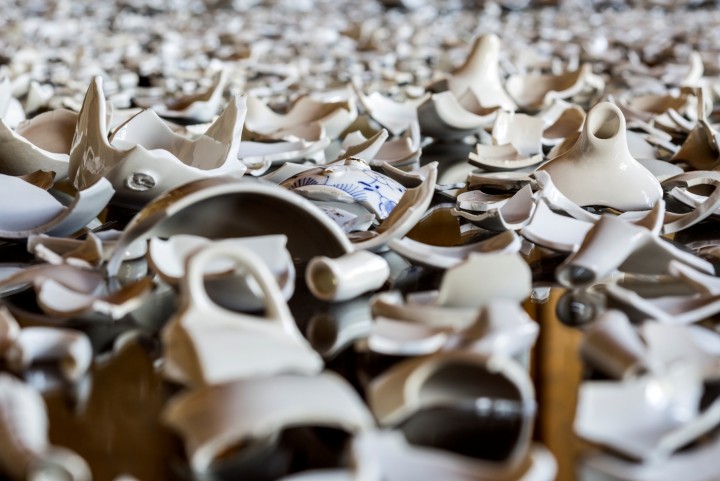 By 1866, the Third Marquess had made the scandalous decision to convert to Roman Catholicism, which he did two years later. "If, as is most likely,” reported the Glasgow Herald, “this perversion is the result of priestly influences acting upon a weak, ductile, and naturally superstitious mind, we may expect a continual eclipse of [his] intellectual vigour." Unbowed, the young aristocrat embarked on an intellectual and spiritual journey taking in philology, astrology, and what his Benedictine cheerleader Hunter Blair politely refers to as “psychical research.” (“I have never doubted that there is permitted at times a real communication between the dead and the living,” Bute confided to a friend shortly before his death.) Above all, however, the Marquess’ passions led him into the arms of the medieval-gothic architectural revival of the 19th century.

So extensive was Bute’s patronage and collaboration that he was known as “the best unprofessional architect of his generation.” With his first court architect, William Burges, he embarked on a number of spectacular projects in South Wales, including restoring Castell Coch, a Norman fort, into a fairy-tale pile of spires and turrets, and completing the lush gothic remodelling of Cardiff Castle. But for his grandest project the Marquess turned to the home front, and to the principle exponent of gothic revivalism in Scotland, Robert Rowand Anderson, the architect behind such familiar landmarks as Edinburgh’s McEwan Hall and National Portrait Gallery and the Grand Central Station Hotel in Glasgow.

It was a discarded blueprint for the latter building, in Italian gothic style, that provided the model for Mount Stuart. However, the more practical spur to action was a fire in the main block of the earlier, 18th-century house in 1877, which left only the wings in working order. After dallying with the idea of faithful restoration, Bute set about on a grand architectural scheme that would occupy him until his death, and which still concerns his descendants today. 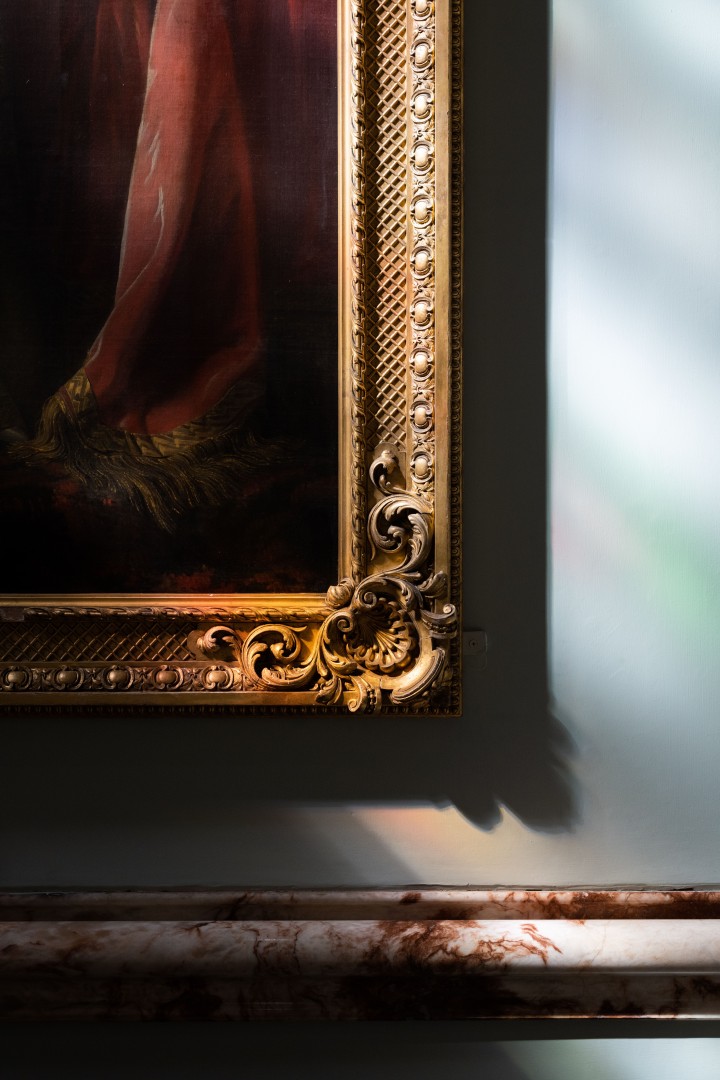 The outer shell of Mount Stuart, with its stunning colonnaded balcony and asymmetrical elements – turrets, vertical planes, towers – incorporated into a regular whole, reflect Anderson’s vision. But for much of the interior Bute engaged another architect, William Frame, whose work, like Burges’s, had strong affinities with the Arts and Crafts movement. That connection can be sensed in the range of interior features commissioned by Frame, such as the finely-wrought wooden bedroom furniture and ornamental glass light fittings designed by Robert Weir Schulz, an enthusiast of Byzantine aesthetics, and a member of the Art Workers’ Guild set up in 1884 on the egalitarian principles of William Morris. The grand tapestries hanging in the marble hall, showing a deer hunt and highland games meet, are also striking works of Morris-esque, medievalist craftsmanship. Designed by the military painter William Skeoch Cumming, they were completed by master weavers at the Dovecot Studio in Edinburgh, itself established by the 4th Marquess in 1912.

Other features of the house express the Third Marquess’s mystical and superstitious impulses. The ceiling fresco in the so-called Horoscope Room shows the exact positions of the planets on the day of his birth. The almost hallucinatory splendour of the multi-storey marble hall, meanwhile, is modelled closely on Charlemagne’s Palatine Chapel at Aachen, indicating Bute’s atavistic pull towards early expressions of Christian theology and aesthetics. Elsewhere, a large frieze running round the upper wall of the family bedroom, created by muralist and craftsman H. W. Lonsdale and depicting the life of St. Margaret, the 11th-century Scottish Queen, suggests its patron’s nationalist leanings.

Upon the Third Marquess’s early death in 1900, the quixotic dream of Mount Stuart was left unfinished. However, an extensive programme of work instigated by the 6th Marquess, John Crichton-Stuart (1933-93) during the 1980s-90s, brought the idea closer to fruition. That scheme is carried forward today by his children. Mount Stuart offers a dazzling snapshot of the intellectual and emotional currents of the fin de siècle, from syncretic theology and parapsychology to medieval nostalgia. The house is also an entirely unique space for contemporary art, often conceived in response to these themes.

Mount Stuart’s current show, Ilana Halperin’s There Is A Volcano Behind My House, runs from June 6th until 15th August. The exhibition is part of a year long visual arts programme which marks the 20th year of visual arts organised by the Mount Stuart Trust.