Ruth Ewan, 'The Beast' (film still), 2022. Courtesy of the artist and Collective.

The contradictions inherent in the system are everywhere at the Calton Hill home of Edinburgh’s Collective Gallery just now. As gentrification encroaches the landscape, the gallery’s three Edinburgh Art Festival shows turn received historical narratives on their head to reveal more ambiguous readings of the past. Neil Cooper reviews.

Outside Collective Gallery, visitors are greeted by Silent Agitator (2019), a giant clock made by Ruth Ewan bearing the words ‘TIME TO ORGANISE’. This monumental call to arms is based on an illustration by American writer and activist Ralph Chaplin for the Industrial Workers of the World labour union, and is a companion piece to The Beast (2022), a newly commissioned twelve-minute animated film penned by Ewan with socialist magician Ian Saville.

Animated by Regina Ohak with Duncan Marquiss, and with music and sound design by Ross Downes, the film depicts nineteenth century industrialist and philanthropist Andrew Carnegie, forced to engage in dialectical discourse with Diplodocus carnegii, the dinosaur he named after himself.

Voiced by actor/singer Keeley Forsyth, with Dave Anderson playing Carnegie, the dinosaur upends Carnegie’s reputation like a ghost of revolutions past. Her particular focus is on the 1882 Battle of Homestead, when striking steelworkers were killed by hired security agents. With Carnegie immortalised while his workers are lost in the dust, these are memorialised in the gallery’s City Dome space on a tomb-like billboard next to the screen on which the film is screened. 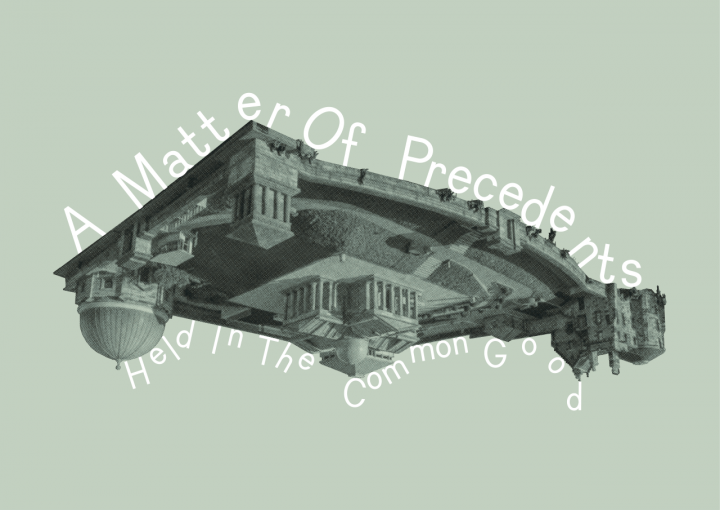 Also rooted in historical exploitation is backwash, Camara Taylor’s deceptively tranquil looking meditation on the trickledown effect of Scotland’s colonialist exploitation of Africa in the seventeenth century. The result in the gallery’s Hillside space is a series of moving image and sound works that form Taylor’s contribution to Collective’s ongoing Satellite programme.

A juxtaposition of sights and sounds from different environments move from images of children playing on a Jamaican beach to an early morning sunrise over Edinburgh’s Seafield sewage works, while the sound of water recorded by Joseph June Bond permeates the room. A submerged print of the Caribbean Sea is processed with rum, while the decayed remains of a print by nineteenth century African American painter Robert S. Duncan suggest a purging of sorts.

People powered resistance to a more localised land-grab is relayed through A Matter of Precedents, Annette Krauss’s series of recorded interviews concerning common good land and property in Scotland, whereby assets owned by local authorities are utilised in the common good, rather than for commercial purposes. A map compiled by Simon Yuill that accompanies Krauss’s work in the gallery’s Library space lists 126 parks, monuments, structures and buildings that fall under the common good in Edinburgh. This includes the City Observatory site where Collective is now based.

Krauss’s interviews form an insightful oral history of how Collective’s former director Kate Gray used the gallery’s eviction from its old Cockburn Street home to its advantage by taking on the long-term use of the City Observatory. Further commentary comes from Yuill, Edinburgh’s former museum services manager Frank Little, and arts writer, lecturer and researcher Emma Balkind, who outlines a similar scenario in Aberdeen. This makes up a vital living archive about public space that should be published for a wider audience post-haste. John Carnegie’s capitalist descendents take note. The dinosaurs are biting back.

Camara Taylor, 'if i cant have sunshine ill take-', 2022. Courtesy of the artist.